As a content operator and distributor, the Orange group makes outstanding content available across communities. Orange Content connects people throughout the world to their interests in increasingly innovative ways.

As a content aggregator and distributor, Orange is well positioned to satisfy its customers’ appetite for entertainment. We aggregate our own pay-TV packages while also working with partners to provide access to the most popular third-party content (Canal+, beIN SPORTS and Netflix). At the end of 2018, 9.6 million homes in Europe had signed up to Orange TV services. As a result, content distribution in TV, VOD, music and gaming is a key aspect of our convergence strategy, helping to showcase our very high-speed broadband access, fibre and 4G services.

“In entering distribution and co-production, Orange is present at every stage of the value chain, upstream with Orange Studio and downstream with OCS.” 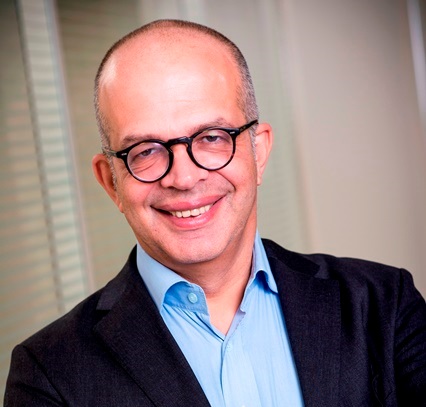 In 2007, the Orange group created its cinema subsidiary, Orange Studio, to pursue its ambition to co-produce independent, diverse content and acquire the rights to French and European films. In 2018, we invested in two international series, The Name of the Rose and Devils, which are to be broadcast on OCS in 2019. These new series, which mark the beginning of the Orange Studio-OCS alliance to create original content, are the first “OCS Originals”. Orange Studio is also pursuing efforts to expand its catalogue and has begun distributing films internationally under an agreement with UGC. Furthermore, it is taking proactive steps to identify and support audiovisual and film talent in Africa. Ten years after it was set up, OCS now provides four themed series and cinema channels and an on-demand service to its 2.9 million subscribers. The OCS package is dedicated entirely to films and series. Its success is the result of alliances with the best production studios, well-defined themes and outstanding series such as those produced by HBO, for which OCS is the exclusive broadcaster in France (Game of Thrones and Westworld). OCS also supports independent French drama with its OCS Signature label, a collection of 26-minute episodes made by directors given the opportunity to work with complete creative freedom. Orange reaffirmed that support at the end of 2018, when its subsidiary OCS signed an agreement with the film industry to invest €125 million over a three-year period (2019-2021) in French and European film production and open the way to reforming the French release window, enabling OCS to broadcast films sooner.

million people
signed up to OCS

films
co-produced in 2018 by Orange Studio, including nine distributed or co-distributed

The Orange group is developing content services in Europe, particularly for television, which form part of our convergence offer. We are deploying Netflix across our operating countries under the framework agreement signed at the end of 2017. In Spain, we have renewed distribution rights with the Spanish football league (La Liga) and the UEFA Champions League to offer customers football-themed TV packages. We have also launched Orange Series, which holds exclusive broadcast rights to a range of series, some in 4K. Our other European businesses are developing their content services too. In Slovakia, for example, a satellite service and Orange Sports channel were launched in August 2018. In Africa, we are expanding our TV services and have taken our first steps in the world of production; a highlight being in Senegal with Diamond House. Orange also maintains distribution partnerships with subscription VOD services in the region.

In France, Orange has developed close ties with the Canal+ group and has renewed its distribution agreement with beIN Sports. 2018 also saw the release of a brand new ultra-compact set-top box compatible with the latest technologies (TV Ultra HD, Dolby Atmos and Wi-Fi connection to the Livebox). In 2018, Orange continued to enhance its video game streaming service on Orange TV. Unlimited packages and freemium games (free to play, but charges for additional features) on mobile went from strength to strength. As a result, Orange Juegos was reintroduced in Spain and Orange Jeux continued to perform well in nine African countries, where it now has more than a million subscribers. The music market continued to gain ground in 2018 with growth driven by streaming services. Pursuing a partnership that was first established in 2010, Orange reinvested in Deezer, whose paying customer numbers in Spain, Romania, Luxembourg and Côte d’Ivoire continue to rise. The Group is also deploying its Orange Radio service in 17 countries, including 14 in Africa and the Middle East.

Content distribution is no longer enough. Nowadays, creating value for our customers and subsidiaries means integrating new digital technologies and creating social, intuitive, engaging and unique experiences for our customers.

Consumers have never had more freedom of choice when it comes to audio content. A single, customised, premium audio service through any platform makes it easier than ever before to enjoy a highly personalised experience, wherever you are.

OCS is proud to broadcast the final season of one of the biggest series of the last 10 years, Game of Thrones.

Support for the arts

In 2017, Orange invested €601 million in support for the arts, €100 million of which was channelled into cinema. Our focus is to provide support for screenwriting, an essential link in the production chain, through grants or endowment funds created with the SACD (association of authors and composers working in creative production) in France and the French-language young creators’ fund established by the French Cultural Centre in Yaoundé at the end of 2017. In 2018, the SACD and OCS launched the SACD/OCS Signature fund to discover new screenwriting talent for television.

will be invested over the next five years in international co-production to create original content.

Offering customers a unique, cutting-edge content experience has always been a priority for Orange. This is why we work with start-ups and give them a chance to test their ideas on potential customers. Wevr, for example, is a virtual reality video hosting platform funded by Orange Digital Ventures. We are also actively developing virtual reality. The “Orange VR Experience” content distribution portal offers a selection of the best 360° videos from Hollywood and independent studios.

The Orange XR grant, which supports immersive reality screenwriting projects, awarded grants to three projects in 2018 at a Cannes Film Festival fringe event. Lastly, Orange continues to support the rise in popularity of eSports, particularly in Africa where the Group organised the Orange eSports Experience in 2018, the first Pan-African video game tournament, which brought together 12 countries for the finals in Dakar. In 2018, we also became one of the largest eSports operators in Belgium when we signed a partnership with the Sector One team and GameForce Masters, the largest eSports tournament in the Benelux.

Read more
Back to top